Named four times to Time Magazine’s world’s most influential people list and Fortune’s World’s Greatest Leaders for 2018 list, James Dimon is a catalyst for innovation. Don’t miss this exclusive opportunity to hear Jamie’s perspective on how firms across the industry can cultivate diverse leadership, enhance employee satisfaction and position themselves in the global economy.

Jamie Dimon, Chairman of the Board and Chief Executive Officer, JPMorgan Chase & Co.

Closing remarks and conference wrap up delivered by the emcee.

CPE INFORMATION: Nicsa is pleased to offer this webinar learning activity to attendees who are seeking CPE credits. 1 CPE unit may be available for attendees of this webinar. The webinar requires no advanced preparation, no pre-requisite study and is appropriate for all who have a basic understanding of the investment management industry.

CANCELLATIONS AND REFUNDS: Due to this program being offered free of charge, there will be no refunds issued. Questions or Cancellations: Please contact Jordan DeBettencourt at 508.683.1618. 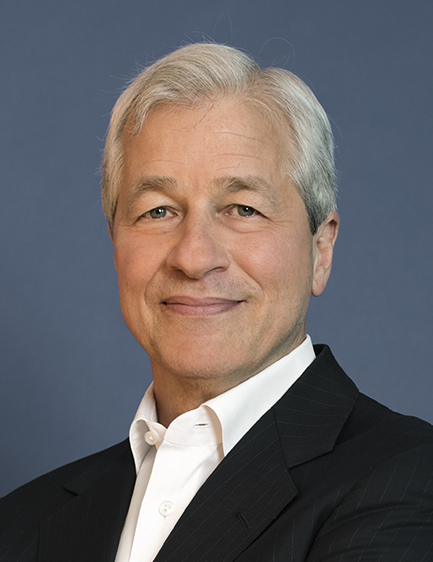 Chairman of the Board and Chief Executive Officer, JPMorgan Chase & Co.

Jamie Dimon is Chairman of the Board and Chief Executive Officer of JPMorgan Chase & Co., a global financial services firm with assets of $2.5 trillion and operations worldwide. The firm is a leader in investment banking, financial services for consumers, small business, commercial banking, financial transaction processing and asset management. Dimon became CEO on January 1, 2006 and one year later also became Chairman of the Board.  He was named President and Chief Operating Officer upon the company’s merger with Bank One Corporation on July 1, 2004. Dimon joined Bank One as Chairman and CEO in 2000.

Dimon began his career at American Express Company.  Next, he served as Chief Financial Officer and then President at Commercial Credit, which made numerous acquisitions and divestitures, including acquiring Primerica Corporation in 1987 and The Travelers Corporation in 1993. Dimon served as President and Chief Operating Officer of Travelers from 1990 through 1998 while concurrently serving as Chief Operating Officer of its Smith Barney Inc. subsidiary before becoming co-Chairman and Co-CEO of the combined brokerage following the 1997 merger of Smith Barney and Salomon Brothers.  In 1998, Dimon was named President of Citigroup Inc., the global financial services company formed by the combination of Travelers Group and Citicorp.

Dimon earned his bachelor’s degree from Tufts University and holds an MBA from Harvard Business School. He serves on the boards of directors of a number of non-profit institutions including the Business Roundtable, Bank Policy Institute and Harvard Business School. Additionally, he serves on the executive committee of the Business Council and the Partnership for New York City, and is a member of the Financial Services Forum and Council on Foreign Relations.

Jim Fitzpatrick is the President and CEO of Nicsa, a global asset management trade association with a mission of connecting industry participants in order to advance leading practices. Jim joined Nicsa in 2015 with 30 years of experience in senior leadership roles within the asset management industry. Working closely with the Board of Directors, Jim has set the strategic direction of Nicsa, which includes the launch of the Diversity Project North America in late 2018. The Diversity Project promotes an inclusive asset management industry and seeks to achieve diversity across all dimensions through collaborative leadership from senior business executives.

Previously, Jim was a Managing Director at Goldman Sachs Asset Management with responsibilities that included senior leadership responsibilities in both global operations and global sales roles during his career. In addition, he served as an officer of the Goldman Sachs Funds for fourteen years and served as an Independent Trustee for the Hays Series Trust until December 2017. Jim began his career with The Boston Company and later First Data Investor Services Group, a subsidiary of the surviving entity, First Data Corporation, where he held several senior management positions during his tenure.